PCWizKid has reviewed many AMD and Intel CPU's. However in PCWizKid's reviews the bottom line is whats the perforance you are getting for the $$$.

Well one thing to keep in mind is that AMD has always been the choice for those looking to save costs without losing much performance.  AMD has been giving consumers choices to get the best bang for the price compared to the Intel CPU's which have not been known to be as competitive in their price points.  Unfortunately the choices are limited when it comes to CPU brands its either Intel or AMD. So if we are forced to chose one, lets make the best decision we can based on our budget. 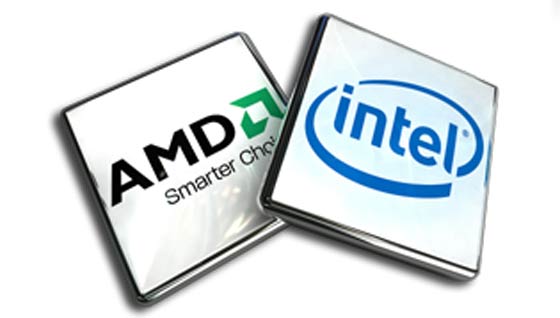 Having said that, many people have been used to hearing for years if you are looking for maximum performance and price is not an issue, Intel's CPU's are still to be beaten since they lead currently with the fastest CPU's overall, specially at the single core benchmarks.  However the release in 2019 of the AMD Ryzen 9 3950X, this redefined what a CPU under $800 can do in multitasking, gaming, and content creation and Intel could not really touch that yet.  And with the Ryzen 9 3900X being less than $500 USD it makes you wonder what Intel is going to do about it?  The response Intel says will be with the 10nm ICE Lake and Comet Lake CPU's, but then again AMD has the Ryzen 4000 series also, and 7nm architecture is also much more desired.  Now with the latest AMD Zen 3 architecture the Ryzen 5000 chips use the same production process as the XT chips that were released this summer, the 3900XT, 3800XT and 3600XT. The October 2020 release of the new AMD Ryzen 5000 processors showed they are still using TSMC's 7nm node. However, AMD's main updates to the Ryzen 5000 series CPUs are that change is in how the cores are configured. The previous Zen 2 generation CPU has up to four cores per core complex (CCX), so that each four-core cluster has access to 16MB of L3 cache.  Now with Zen 3 a eight-core design instead which means all eight cores can access 32MB of L3 cache directly, and don't need to go through the I/O die to do so. This also means that core-to-core access which provides significant performance improvements.

If money is no problem for you for now, please by all means go for the latest Ryzen 5000 series CPU's or think about a Intel Core i9 9900K, but dont forget to look at the sweetspot of that the AMD Ryzen 7 3700X brings for the price, there is a performance difference with those 2 CPU's specifically the Intel Core i9 9900K would defenitely beat the Ryzen 7 hands down (but not a Ryzen 9 necessarily).   PCWizKid admits that without a doubt the performance and power efficiency of an Intel has been better in the past but the gap is narrowing very fast! While for consumers Intel has dominated in the single core market, specially in gaming tests in general, the time has come now with the AMD Ryzen 5000 series which is making Intel play catchup to provide something comparable when it comes to multi-core performance.  For a 2020 CPU Price Ranking list click here.

Here is another example of what I mean by the differences and comparing CPU's.  Keep this in mind as you make your decision.  You can see here that not only does the AMD Ryzen 9 have more computing cores and threads but is using the 7nm architecture and has much more L3 Cache, these aspects in itself are several performance boosters that make it hard to beat by the Intel i9 9900K. As of April, 2020, the Intel i9 9900K goes for aprox $530 USD while the AMD Ryzen 9 3900X goes for $432 USD (from Newegg.com).  Thats a $100 price difference and you get more processing power and performance from this specifc Ryzen 9 CPU compared to the Intel i9 couterpart. Again, it begs the question, what is Intel waiting for? We will revist this when the next generation CPU's come out..

PCWizKid has put together a video playlist of all the CPU's reviewed so far for you, click below to watch and scroll through the ones you want to see.